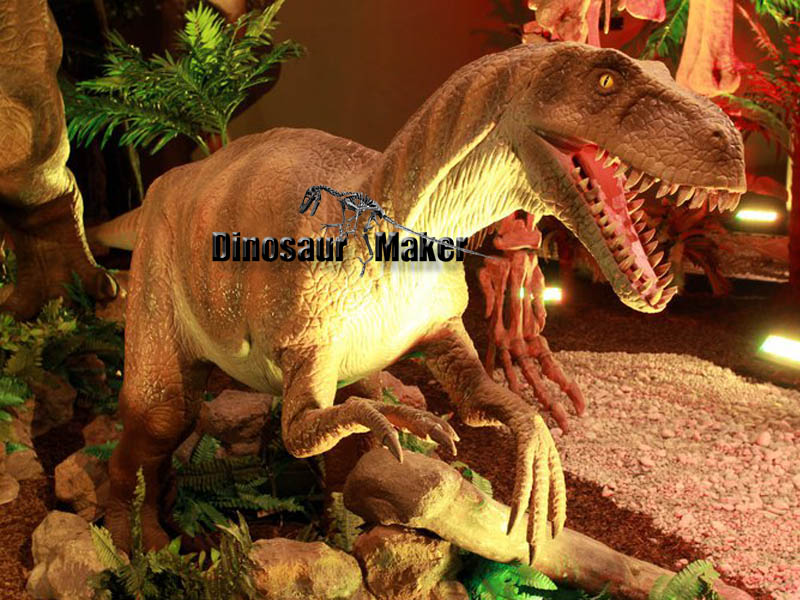 In the Science Museum, vivid Animatronic VelociRaptor bring much entertainment to the visitors. Do you know that VelociRaptor chasing the characters in the film? They have fast speed and strong attack is to hunt. We specially made the 2 Animatronic Dinosaur Exhibits as main dinosaur features introduction at the third area exhibiting hall of the museum.

Why placing the Animatronic Dinosaur in the third exhibiting hall? There, geting the theme of jurasic period. Fast VelociRaptor become the represented creature in that period. We adapt the features of leg and muscle and create its powerful lower body of the dinosaur. Animatronic VelociRaptor seemingly do running when it moves through sensor.