Secretly, school authority and exhibitors made layout of the dinosaur theme exhibits at the storage near to the school playground. Kids in the school did not know why the dinosaurs came to the school. No bodement, No preparation. Only much screaming around the school while these animatronic dinosaur props appeare. 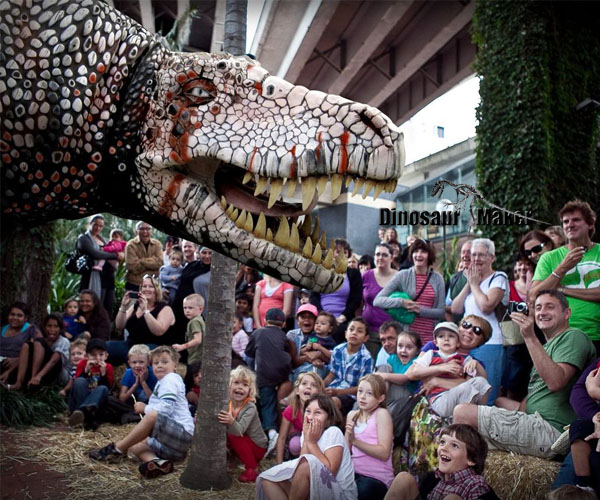 Our walking dinosaur costume is first vision for the kids. The performer wore the costume to chased the kids like a real dinosaur. The life-size dinosaur prop surely frightened the kids, but brought much interest to them. Slowly, the performer would walk to the storage and the kids also followed by their teachers' guide. When they arrived at the storage, Realistic Dinosaur World inside. In the storage, the dinosaur theme exhibits would be one grand jurassic visual feast to the kids.

Kids would go through the Area of Dinosaur's Evolution and see various life-szie dinosaur props with vivid voice and motions. The mini indoor animatronic dinosaur exhibiton would be the best natural class to the kids. More over, the dinosaur theme event not only attracted the children, but also meidas. Such an amazing dinosaur prop! 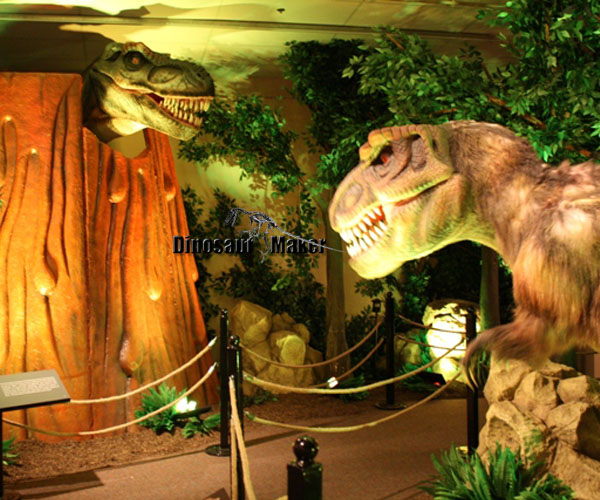