In the end of 2012, MaxValu which is famous supermarket in Osaka, promoted its special purchases for new year. In the entrance of the supermarket, a groups of Animatronic Animals-Life size ape men were exhibited there. They held primitive weapons as stone and wooden stick etc. with lifelike speaking and movement. These life size animatronic animal exhibits seemingly took people back to prehistoric period.

Stones and wooden sticks on their hands were waved to crowded people. One artificial dead body model was surrounded by them, and roared noise like pray.  Seemingly, they welocmed these people in the most primitive sacrifice. Customers of supermarket all interest these animatronic life size animal's deeds. 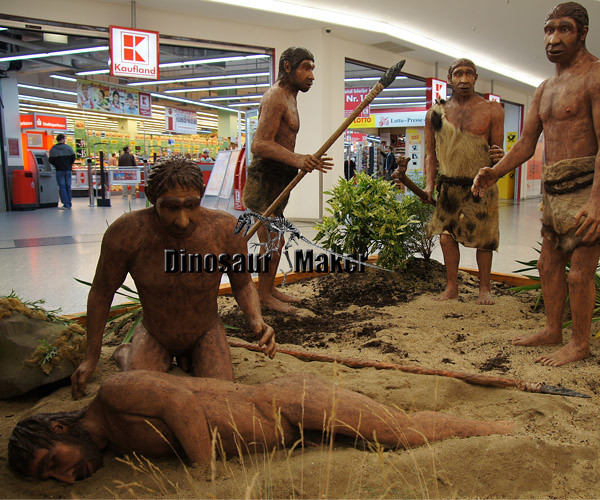 Walking trough the entrance and going up to second floor, and you would arrive at fashion area. The dazzling fashions hit your vision, but more visual enjoying is not only fashions. On the center of path around fashion area, groups of artificial ape men models were fighting one 5m long animatronic dinosaur-tyrannosaurus rex.

They used stone spears and wooden sticks to wave at the lifelike animatronic tyrannosaurus rex. The war happens any time with two power's conflict.

According to floor manager's calculation, time of people's staying for floor was increased 5 minutes at least because of the funny animatronic animals. That was a successful promotion festival. 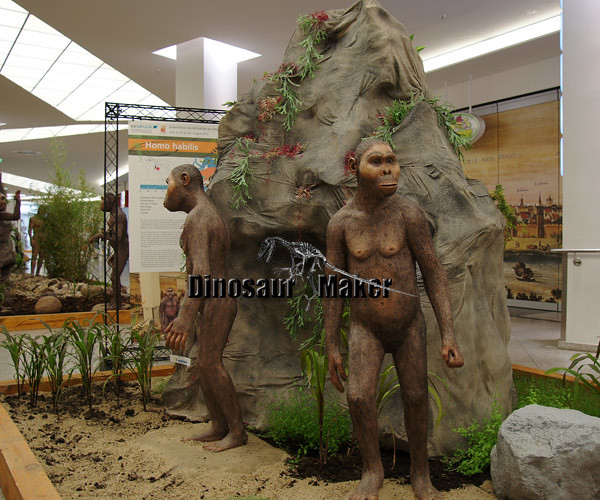